A few months ago I noted the curious phenomenon of new wave Chinese censorship, where young people raised in a heavily censored society have to learn about forbidden events (like Tiananmen) so they can continue to suppress it on the Chinese internet. They are, in essence, having to create new memories for themselves so they can learn to suppress it in others.

This makes memory, already an inherently fungible thing, into an artifice. The young people learning about massacres and democracy movements never experienced them or learned of them growing up, but they have to internalize what those movements meant and signify in order to suppress them from ever happening again. It is a tension that might be unresolvable.

There is a flip side to this idea, though. As the academic Andreas Huyssen puts it, “The past is not simply there in memory, but it must be articulated to become memory.” Things need to be expressed in order to be remembered — whether to be suppressed again or celebrated because of their artificiality.

MEL Magazine recently did a feature on young people rocking out to a sub variant of vaporwave music, itself a micro genre of retro-sounding, pseudo-nostalgic music that is usually fuzzy and electronic sounding and dated between the mid-80s and the 9/11 attacks. It is meant to be evocative of a time during one’s youth when you would hang out at the mall with nothing to do.

What’s so interesting about the evolution of this style of music (and art) is how embedded it has become in the culture — nostalgic for a period many of the creators never knew, and which many who lived through wouldn’t have described as especially lovely or pleasant. It is, in other words, an escape into a past that never existed, to avoid a present they dislike. 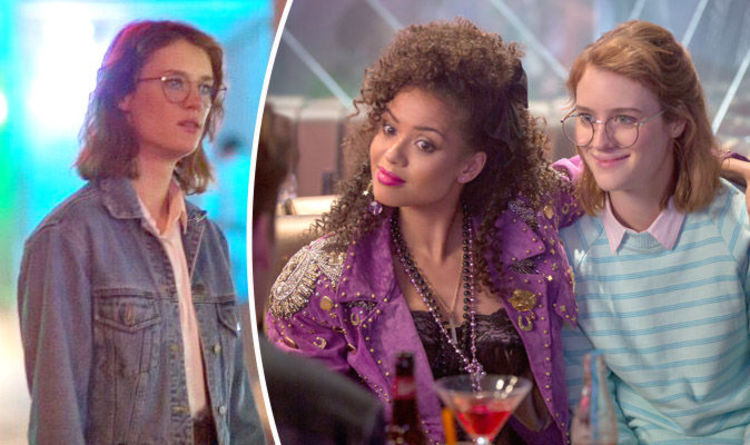 But that’s the thing with nostalgia, isn’t it? The elderly people now who pine for the 50s aren’t exactly remembering how tumultuous that period of American history was — and neither are the people now pining for the early 90s. Back to the Future came out in 1985, and featured time travel backward and forward 30 years, to 1955 and 2015. The 80s are further away from us than the 50s were during that film, which itself was a big exercise in nostalgia.

It’s not exactly rare to have this deep-seated desire to experience things that took place long ago — John Koenig calls it “Anemoia,” or nostalgia for a time you have not known. Enlightenment philosophers were obsessed with ancient Greece and Rome. And into more modern settings, we get that feeling as well. When my work was focused on the former Soviet Union, that sense of anemoia was strong, whether from people fantasizing about being a British subaltern traveling the silk road, or imagining themselves as a character in Aleksander Borodin’s symphonic power In the Steppes of Central Asia.

But with kids who weren’t even alive on 9/11 getting super into the mallwave aesthetic, I feel like there is something else going on beyond the usual gauzy sentimentality that the past is, by definition, cool. For one, they aren’t reveling in the actual past — the mallwave style is about a stylized, imagined version of the past. (Now, one could argue that this is true of all forms of nostalgia, but it’s rare that the imagined past is intentionally misleading.) In this case, the version of the mall that people are nostalgic for seems like an apocalyptic ideal — empty, cavernous air conditioned spaces, filled with stores but no people.

The teenagers interviewed by MEL explain this as a form of escapism. “It’s not just the music, it’s also the aesthetic that comes with it,” one says. “The imagery is cleaner, its brighter and it’s more calm.”

“It’s just a couple of hours in a day where everything at least feels okay, that I don’t have to worry about whether or not I’m going to get a job, the political situation in the U.S. — all that shit. I guess it makes me think that there was a better time, or a time when people in this country felt better.”

This is replicating the same false sense of optimism that directs other forms of cultural nostalgia. Only, it doesn’t actually engage with early 90s culture in any way. In the long form videos, some of which are dominated by ambient noise rather than music, you can sometimes hear heavily distorted or processed samples (like “UNITY ℬ⚈ℳℬ” by the cleverly named death’s dynamic shroud.wmv), but it isn’t exactly reveling in the actual cultural impact of, say, Bruce Springsteen the way people who are nostalgic about the 60s revel in the impact of the Beatles.

This refusal to actually engage with the era that is the target of nostalgia strikes me as something new, and not particularly healthy. When young people in a culture start to see little to look forward to, and instead desperately want to conjure up happy things to remember, it doesn’t exactly suggest things are going well.

Talk of decline, however, is premature. Far-right agitators and pseudo-fascists love to talk about “cultural decline,” as if “the West” has never before encountered insobriety, sexual libertinism, an influx of people from different parts of the world, and gender-bending (honestly, you guys, read a damn book). Even talk of “imperial decline,” as lefties like to speak, doesn’t quite fit: while countries like China and Russia are challenging the U.S.-created liberal global order, they haven’t yet overturned it — and the U.S. still enjoys control or influence over almost every major global governing body.

No, this isn’t a decline, but a systems change. Right now, in the United States, we are facing our own challenge to the ruling order — politicians like Alexandria Ocasio-Cortez are challenging the model of rich old white men raising corporate money to run for office; trans activists are challenging the stultifying and anti-science notion of human experience being limited to two genders, African-Americans are demanding their voices and experiences be heard and valued, and so on. You can almost name your issue, whether it is wealth inequality, women’s rights, gay rights, the environment, anything really, and find people pushing for more inclusion, more respect, and more consideration of the groups and people who are typically ignored and left behind.

At the same time, there is a concerted backlash against these forces of change. One of them is in the White House, for example. And in Trump there is the dark side to false nostalgia: think about how many Trump voters long for an imagined 1950s where everyone was nice and things worked well — it never existed, but the idea of an idyllic 1950s is very appealing for people who feel their status as unquestioned overlords of a culture being threatened. It makes sense to want to return to a time when they had unquestioned authorities over “the blacks” and women were kept at home and denied work, and queer people could be freely demonized without a care in the world. That sort of past is comforting to people who don’t like feeling equal to people who are different.

The system of America, in other words, is being challenged. And the decision to sequester themselves in an imaginary world that sort of feels a little familiar but still novel and a bit soothing, is a human reaction to that challenge.

L.P. Hartley famously wrote, “The past is a foreign country; they do things differently there.” You could say that about the present, too. Life for young people is measurably harder and less secure than it was for their parents. And yet, young people are far more equal in outlook, far more racially and gender-diverse, and far more tolerant and open than their parents were. Much as the boomers love to self-congratulate their cultural activism (free love, man), they wound up perpetuating and worsening the very inequalities they opposed as teenagers during that same tumultuous period they now miss and vote for quasi-fascists to simulate. Millennials and the youngest people, and a pretty large number of Gen-Xers too, are looking at a more fundamental change.

That isn’t to say Mallwave is revolutionary. It’s nothing of the sort — if anything, it represents a head-in-the-sand reaction to uncontrollable forces acting far away. But the mindset it represents really is something fascinating. There is a systems change taking place in America. No one can say if it will work, or if the regressive forces of white supremacy will violently beat it back. But while it’s going on, and all the social anxiety that comes with it, we can at least have a decent soundtrack to listen to.