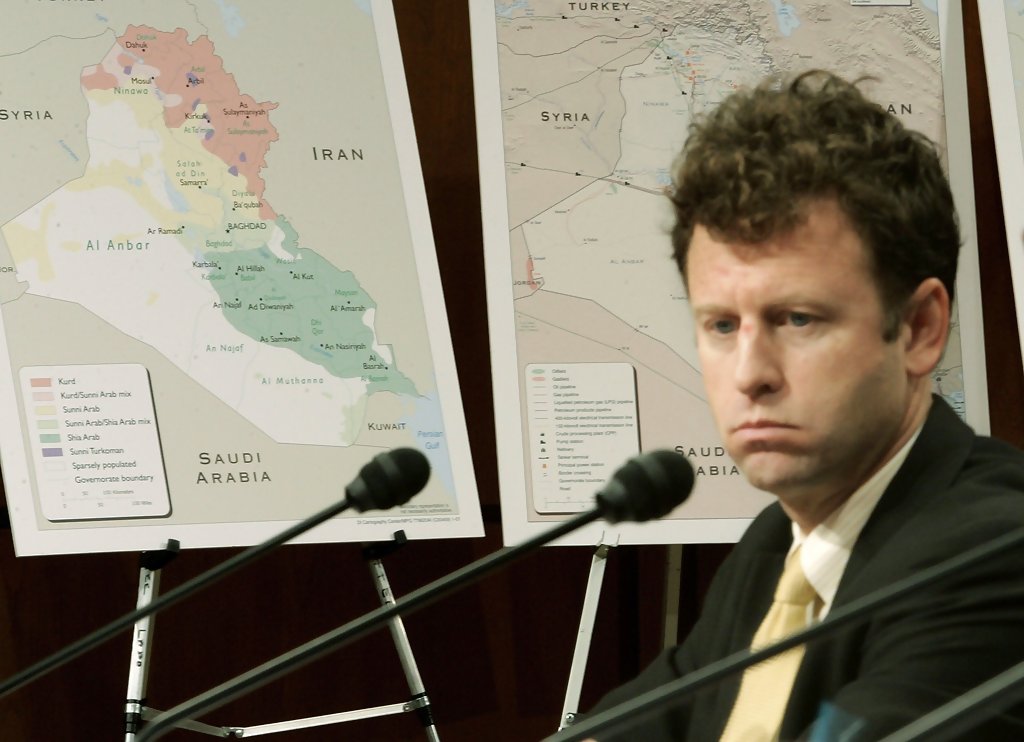 I write op-eds for a living, more or less, though I like to tell myself that what I do is more analytic and researched than simply slinging around an opinion. That being said, there is a specific genre of op-ed writing, one meant to float trial balloons for policymakers while propping up the influence and position of the writer. These op-eds are often written by think tankers with close ties to the administration currently in power — people like Max Boot and Michael O’Hanlon. The danger of these op-eds is that they carry the patina of neutrality and scholarship (after all, the writer has a PhD and works for a respected, high-profile institution and even coauthors with a former official), yet are really there to provide political cover and validation for their colleagues in government.

Michael O’Hanlon is an unqualified master of the DC Op-Ed genre. I don’t say this with snark: he is a legitimate expert at writing this type of article, and his record — hundreds of op-eds since 9/11, coupled to a thousand appearances on TV — bears that out. His pace and the breadth topics he publishes about is incredible, almost super-human, especially when one considers the white papers and books he also churns out yearly. He does this while remaining polite, even friendly, at an enormous number of discussion panels, and has the unique ability to remain calm and polite even when people (including me) disagree with him very strongly. And if the content matched such herculean effort, I would probably hold him in genuine awe.

The problem, though, is that such a blistering pace of writing comes at the cost of depth. There just isn’t physically enough time to delve deeply enough into a topic to extract real insights when writing at such an incredible clip. As a consequence, ideas float at the highest level, rarely grappling with their own complexities or downsides.

In a way, this makes perfect sense: after all, the real target of DC Op-Eds isn’t the general public, but the GS-14s and GS-15s who run agency branches and do the nitty-gritty policy work that filters up to the principles who have to sell it to the President. This level of government work eschews detail and hates nuance — not because they’re bad people, but because they just don’t have the time to really ingest how complex an issue might be. They have to trust on their inputs — their own organizations and their trusted outside advisers — to do that for them. A well crafted DC Op-Ed fits perfectly into this workflow, and is an effective way to either promote a certain policy idea or subtly shift an organization to consider a new path.

Yet there is a downside. A poorly-thought out DC Op-Ed can miscast a problem, gloss over complexity, and make ill-considered recommendations. O’Hanlon’s latest op-ed, for USA Today, is a great example of this pitfall. Deconstructing it can show how all the components of a classic DC Op-Ed come together to make a case only a policymaker would find compelling.

That President Obama has said Syria’s use of chemical weapons would constitute crossing a “red line,” means he will have to act. If U.S. intelligence eliminates any remaining doubts about the use of chemical weapons, the United States will probably have to retaliate — perhaps with cruise missile strikes against whatever Syrian army unit did the deed.

None of these things are particularly true. For starters, experts in weapons of mass destruction are in consensus that we really don’t know whether Assad has used chemical weapons or not. So calling for action right now is premature. And the idea that responding to a red line must involve American military strikes, as opposed to other measures (such as arming rebels, spearheading a new diplomatic push against Moscow and Beijing, or gathering the Arab League to run its own intervention), is just as assumption. American leaders love being told that they must exercise leadership on an issue, and that the only form of leadership anyone will pay attention to is American military force.

Obama’s critics want him to “do something.” They refer to the Rwanda genocide of 1994, or the more successful Libya intervention of 2011, and demand that the U.S., along with other NATO states and the Arab League, find a way to end the carnage.Arm the rebels, establish a no-fly zone, set up safe areas for internally displaced persons and refugees.

Indeed, I tend to support these kinds of ideas myself, and the president is reportedly considering providing some arms to some of the insurgents more seriously than he did before.

Again, a curious bias and assumption for action: who really cares what Obama’s “critics” think or want? That should not affect the objective merits of taking direct action in Syria one way or another. Framing the decision to intervene through the domestic lens of opposition makes an important decision about foreign policy into mere maneuvering. The sad thing is, this is also a persuasive argument — after all, who wants to be seen “doing nothing” while bad things happen? Appealing to domestic critics is one way to lend the impression that taking action enjoys broad support (even if it really doesn’t).

We need a debate about the right exit strategy in Syria before we enter into the war. The right model is neither Iraq, nor Afghanistan nor Libya, but the country of Bosnia and Herzegovina.

Hold on a second. Bosnia was only a “success” after nine years of U.S. troops doing difficult peacekeeping. It was, without exaggeration, a cesspit of corruption, sex trafficking, and misconduct. It took a massive Croat army force to sweep through the region, and they committed countless atrocities along the way. If anything, Bosnia and Herzegovina should be a lesson in how not to intervene in a conflict, as it was more luck than skill or planning that led to a good outcome there.

It wasn’t perfect, but 18 years later, Serbs, Muslims and Croats have not gone back to war.

This is an important aspect of a DC Op-Ed: false historicity. It is easy to look at Bosnia as it exists now, on the verge of joining NATO, and think “oh isn’t that great? We must have done a great job there in the 90s.” The problem with this forgetfulness is that during the 90s, literally everyone pointed to the Bosnia intervention as a boondoggle, a perfect embodiment of how dysfunctional the UN was, and how futile constructive intervention in a civil conflict could be. The killing stopped for a while, which is nothing to sneeze at, but peacekeepers still unearth weapons caches with alarming regularity. The whole house of cards could tumble down at any moment. But ignore that, it turned out well eventually, right? So let’s do that again.

With a Bosnia-type approach, Assad’s Alawite minority would keep a section of the country, most likely along the coast, where local police would be the main security forces. Assad himself would have to step down and ideally would go into exile. Kurds would keep similar sections of the country in the north. The main central cities would be shared.

Another important aspect of a DC Op-Ed is glossing over complexity. In what universe would the Syrian rebels allow the Alawites to maintain any territory after the atrocities they’ve committed? Or allow Assad to leave the country alive? Which country would offer Assad sanctuary, and if not how on earth would Assad agree to “step down” and stay inside Syria? Which belligerents would agree to “share” the “main central cities?” This is an idea that sounds awesome on first thought but the moment it’s examined in any detail it falls apart — which is why it appeals so strongly to the people who run policy: they don’t have the time to think very deeply about complexity, so when it’s presented simply it seems attractive.

And, of course, minority rights would be enshrined in the deal. In other words, having different parts of the country run primarily by one group or another would not be an invitation to further ethnic cleansing or killing.

Hahahahaha. He’s actually serious about this. But what’s most interesting here is that, after painting a happy picture of how Bosnia went (remember how ethnic cleansing stopped so quickly?), he just drops the issue of chemical weapons altogether and gets down to business.

Yes, this plan does imply a number of U.S. peacekeepers on the ground, perhaps comparable in number to the 20,000 who began the job in Bosnia in 1995. The United States should, however, commit to such a deployment only if other countries, including Arab states and Turkey, provide the majority of peacekeepers. In fact, we should seek pledges of international participation before moving to any direct U.S. involvement in the conflict.

20,000 troops. Michael O’Hanlon wants to send 20,000 troops into Syria to establish a peace. Nevermind the fact that the actual Pentagon has said it would need at least 75,000 troops to meaningfully secure Assad’s chemical weapons stockpiles (the “red line” that is prompting this intervention talk to begin with). But 20,000 troops, on the ground in Syria, with Assad’s modern air defenses and sophisticated air force, and massive army. He thinks 20,000 troops would really work here.

The last time pundits lowballed the forces needed to invade and secure a country was Iraq. In 2003, before the invasion, O’Hanlon suggested the U.S. would need upwards of 150,000 troops to be successful. As it was, when Army Chief of Staff General Eric Shinseki told Congress something similar, he was soundly removed from his position so that Rumsfeld could invade with 50,000 troops — more than twice as many as O’Hanlon is now suggesting for Syria. Such a minimization of the real likely costs of carrying out this policy is nothing short of negligent.

But to repeat, this is a DC Op-Ed. Its purpose is not to seriously analyze the problem, contextualize that problem in history, and from there eliminate unsound options and pick from a menu of whatever’s left. Its purpose is to flatter those in charge (“of course you alone must exercise leadership on this topic”), appeal glibly to America’s unique capacity to succeed, suggest pyrrhic successes are models to emulate again, ignore all the many horrible things that happened along the way, and dishonestly minimize the real costs that the policy would incur.

Michael O’Hanlon is a master of the craft. In a way, it is a laudable skill — he has become very successful doing this. But it is also terrifying to behold, especially knowing that he maintains influence and friends in the administration. The appropriate reaction to this snake oil salesmanship is scorn.