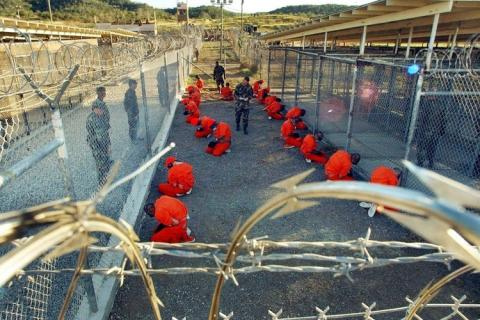 The New York Times wrote an extensive story explaining the government’s reasoning behind its assassination of U.S. citizen Anwar al-Awlaki in September of 2011. It’s worth reading in full, but there are some things to expand upon, because they point to a key failure point in U.S. policy.

Much of the debate over Awlaki’s role in al Qaeda’s Yemen branch has centered around how “operational” he was — that is, whether he really did plan terror attacks or whether he just talked about them and gave lengthy sermons online. The NYT story focuses on a key event: the 2009 underwear bomber Umar Farouk Abdulmutallab, whose court deposition firmly established Awlaki as the key figure in preparing the planned airline bombing.

It’s still not clear how “senior” he was, but this doesn’t matter too much outside of pundit-level talking points. The U.S. was in an armed conflict against al-Qaeda, and he had tried to attack the U.S. as a member of al-Qaeda. The only real question was how he would be taken out of play.

The outcry over the Justice Department OLC White Paper, leaked last month, focused heavily on the broadly defined concept of “imminence” when it comes to assessing a threat. As I explained in my report for the National Security Network, this definition is neither new nor particularly contrived. In fact, this same definition goes back to the early 1980s, and has remained part of the government’s methods of determining terrorist threat levels.

But still: I’m perfectly okay with demanding a high standard from the government before it decides to deliberately target and kill a citizen without charge or trial. But this is where the problem of imminence comes into play: it’s sort of a non-issue.

At a basic level, the immediacy of a plot should be immaterial when deciding to take action against a member of al Qaeda. The U.S. is in a declared armed conflict with al Qaeda; being a part of that organization and planning operations (even if none are close to being carried out) makes one targetable. Being in an armed conflict is enough to declare a senior member of al Qaeda imminent threat, just as being in an enemy military during an armed conflict is sufficient to get one targeted regardless of whether he’s actively planning an assault or not.

Now, this suggests “armed conflict” is the wrong framework for the counterterrorism campaign; but that’s a separate issue (and worthy of discussion).

Bad Rules Are Not the Same as No Rules

What this discussion brings out is a glaring incoherence in most critiques of the drone war. David Ignatius arguably expressed it the best over the weekend in an op-ed declaring the need for rules government how drones get used.

There are rules; Ignatius just doesn’t like them. And that’s fine: the program is, in many ways politically and morally incoherent even if there some sort of legal justification for it. But simply declaring it a rule-free zone is misleading and wrong, and ultimately hurts the effort to get better rules in place.

There is a huge downside to tightening up the rules of engagement. If either imminence is defined more narrowly, or the standards for how to gauge the planning of an attack are raised, then all forms of action become harder to do — not just drones. In other words, under more common sense ideas of imminence, it’s not clear Awlaki could even be targeted for immediate arrest, versus having to wait until he’s in transit to the U.S.

Then Sulaiman Abu Ghaith, Osama bin Laden’s son in law and former al Qaeda spokesman, left his house arrest in Iran and traveled to Turkey, he was tracked by the CIA and eventually captured in Jordan. He pleaded not guilty in a New York court on Friday.

Senator Mitch McConnell voiced many people’s objections to giving him a “normal” trial for terrorism: “He is an enemy combatant and should be held in military custody.” It is a common refrain from the GOP: because the U.S. is in an armed conflict with al Qaeda, captured al Qaeda members should be treated as combattants and not criminals. The Republicans, especially in the House, have been trying to prevent similar cases from coming to court.

The Republicans aren’t necessarily wrong: they are perhaps unintentionally highlighting a key incoherence at the heart of the terror war. Is it an armed conflict, or is it a battle of law enforcement?

The GOP certainly believes it is a war and should be pursued as such. The Democrats keep flirting with the idea of pushing it to a more law enforcement approach (in fact, John Kerry got hammered by George W. Bush in 2004 for saying it should be the latter).

President Obama seems to want both: the freedom to capture people when he can, the ability to bring them to civilian courts for trial, but also the right to kill them if he decides it’s not worth the trouble or effort to capture them. Because the legal authorities and bureaucratic structures for this campaign have been cobbled together from so many places, the moment it’s examined closely it looks circular and contradictory.

Those contradictions need to be resolved if counterterrorism is ever to be legally, politically, or even ethically sustainable. The two approaches are not incompatible but they do require clarity, including specific rules of engagement for when lethal action can be taken. The number of terrorist suspects captured abroad and brought to the U.S. for trial are a hopeful sign that maybe the pendulum is swinging a bit. President Obama should issue clear, public rules for how and when each approach will be used — and he should make that case to Congress and the public. That’s the only way to impose some sort of rationality and logic on the counterterrorism campaign.