Salsa is one of the great condiments of the world. No, that’s not over-speaking: few sauces can convey such a bewildering variety of flavors, both raw and cooked, to such a variety of dishes.

But part of what makes salsa so entrancing is its simplicity and the difficulty of making it well. In that sense, it is rather similar to the mother sauces of France — seemingly simple preparation with many steps where things can go disastrously wrong. And it’s not too difficult to make sauces decently well, but making them really good is rather difficult.

And for many people, it’s not worth the time or energy to make these types of sauces at home. Most grocery stores make perfectly cromulent salsa. They’re not too bad for many things. But grocery salsa is rarely excellent, it is that excellence that compels people to make their own in such astonishing variety.

Salsa needn’t — and, I would argue, shouldn’t — be a messy, complicated affair. It needs few ingredients, and while I wouldn’t exactly say it can just be thrown together, it’s there isn’t some terrifying technique vital to making it. That means it is almost always worth making! 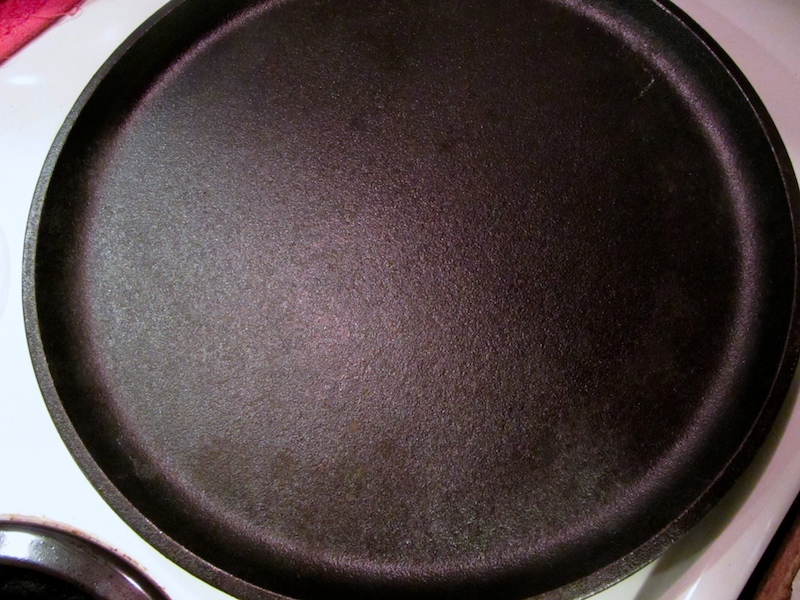 For salsa — or rather, this specific type of salsa — a comal is essential. A flat, cast iron griddle common to Mexican kitchens, a comal gives the right blend of heat retention, surface texture, and airflow you’ll need to caramelize the tomatillos so essential to this sauce. You can probably get away with using a regular cast iron skillet, but tomatillos are acidic creatures, so you’ll risk ruining your seasoning if you do — it’s best to get a comal. This one came from Target and cost about $11 on sale because of a spot of rust along the side. It’s worth the investment.

You start making this salsa by blackening some tomatillos on the comal. 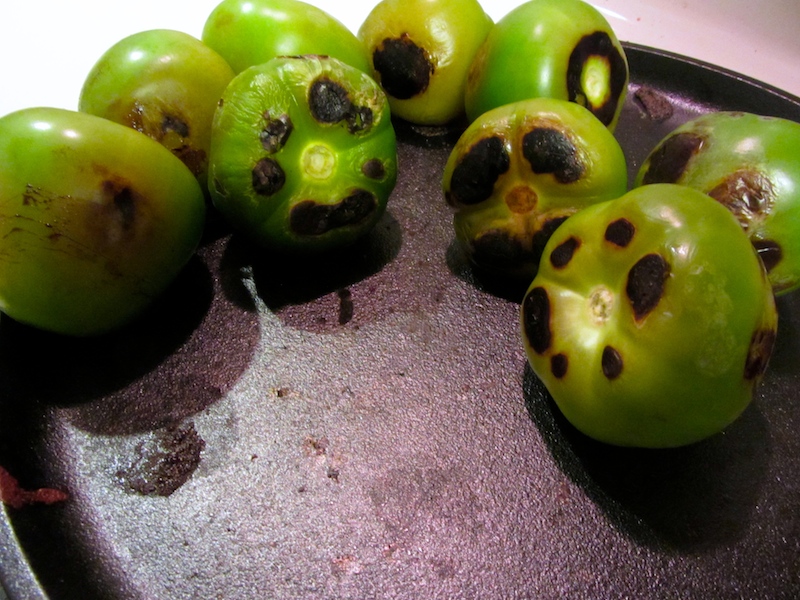 You want them blackened all over, but there’s no need to go overboard — if parts are green that’s fine. And don’t burn them, per se — you risk turning the mixture unrecoverably bitter. Just char them the way you would bell peppers.

That’s the acidic part. The heat comes from pequin chiles. You can find them dried at a local Latino grocery store and they’re amazing. They’re also astonishingly hot — on par with pure cayenne chiles, but with a much more citrusy, almost smokey flavor. Combined with the blackened tomatillos, they give this salsa a wonderfully rich, earth essence that is hard to describe. 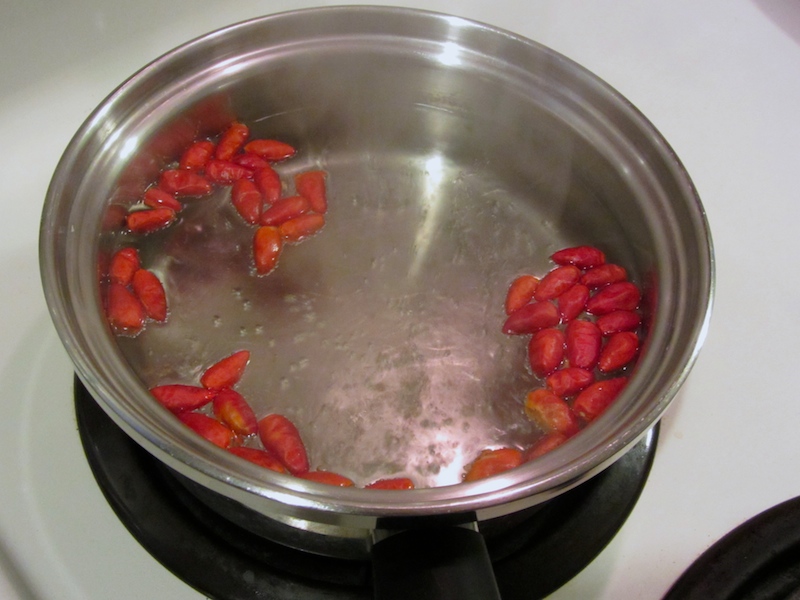 Like every other dried chile, you prepare dried pequin chiles by poaching them in water for five or ten minutes. Once they’re softened, set the pan aside and let it cool a bit. You’ll definitely be adding the chiles, but also some of the water they soaked in, to the final sauce. 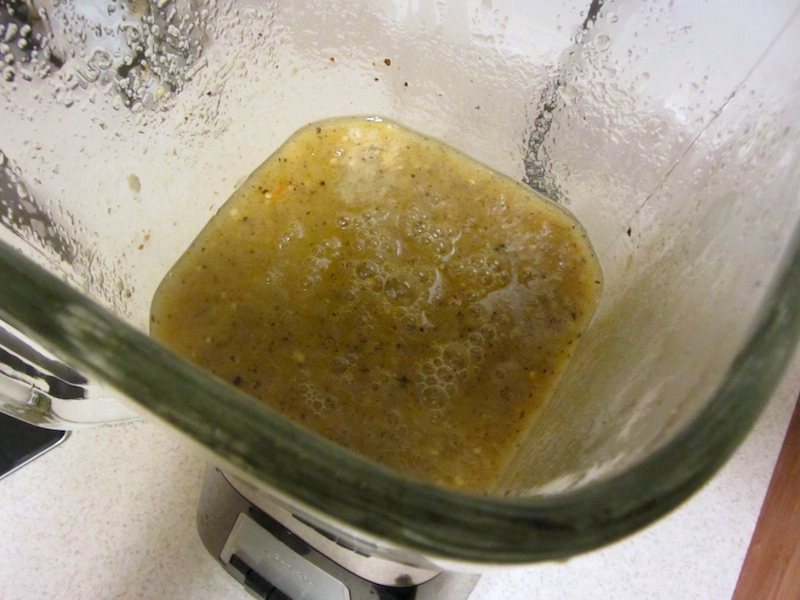 After the chiles are reconstituted and the tomatillos are roasted, you blend them together until very smooth, almost watery. You can taste it at this stage if you want, but it will taste a bit watered down. Season it anyway with a pinch of salt. You’ll also know if you need to add more chiles for heat (don’t be shy about that!), or even some baking soda if the acidity is out of control.

Finally, fry the salsa in two tablespoons of hot oil and add a pinch of sugar. Let it simmer, stirring every once in a while, until it thickens and comes together. Taste it again. Now is the time to add a quarter teaspoon of baking soda if it is unpalateably tangy — that can happen sometimes with tomatillos. 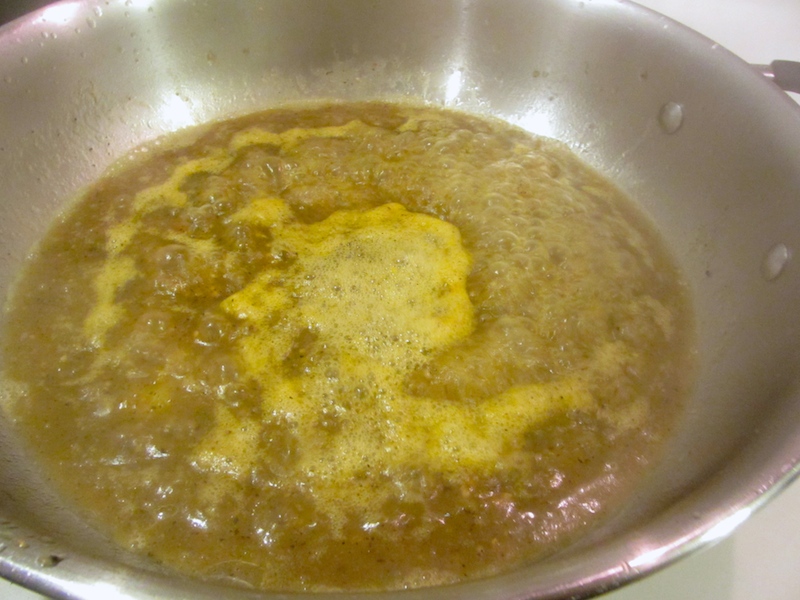 At this stage, you’ll have some fiery hot, smoky, sweet, tangy, thick, smooth salsa. It is perfect for serving on, say, some tamales. But that’s another post. 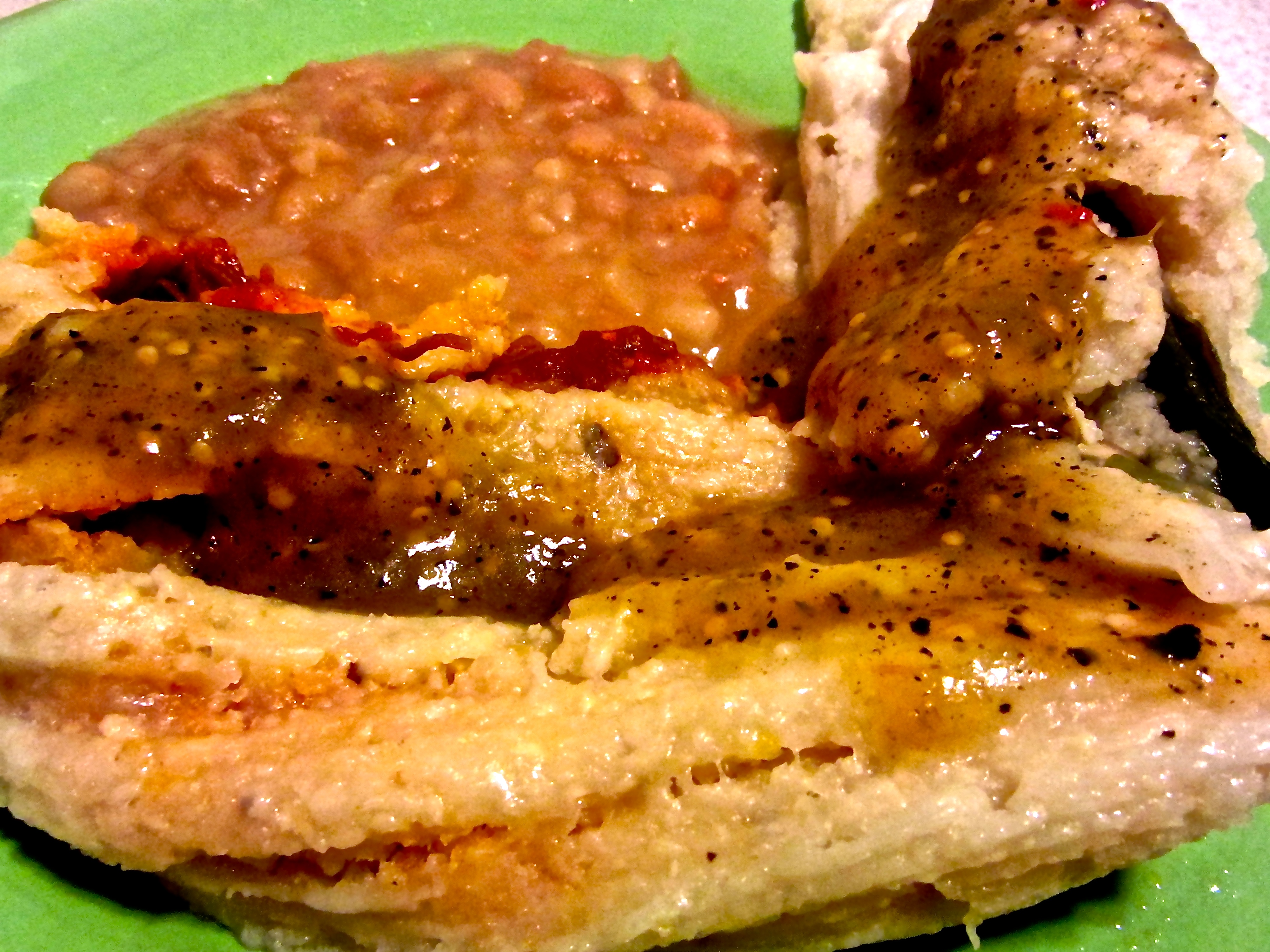