I was prepared to write about the glories of spending Christmas in the warm weather – as an avowed “cold weather person,” this is a significant growth moment for me – but it seems our own changing environment has given the entire east coast an unusually warm Christmas this year. That being said! I’m pretty sure my friends in DC, New York, and Boston don’t get to hang out with iguanas. 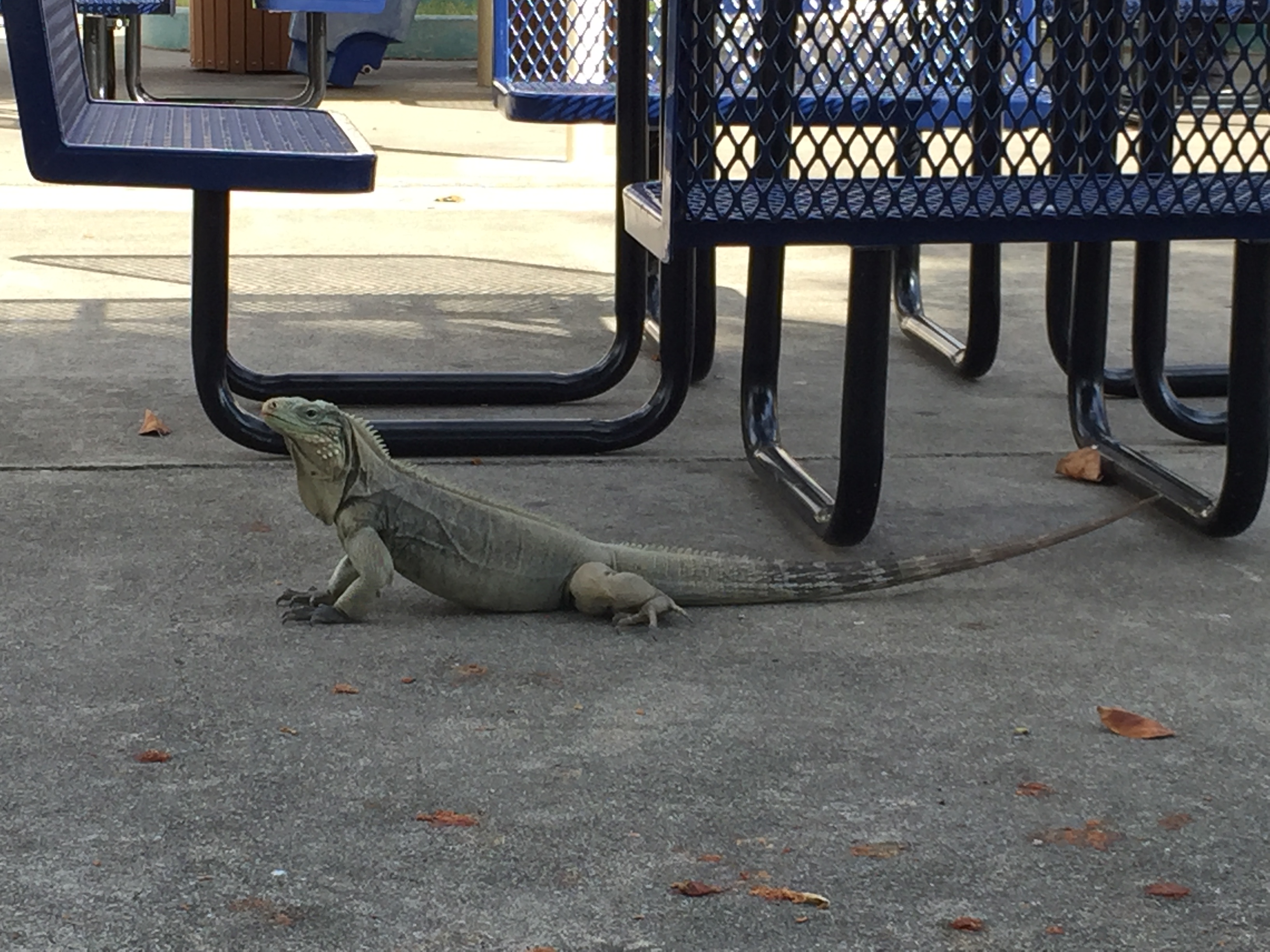 Christmas here is very strange. I’ve been spending a lot of time going back and forth on the ferry, feeling the waves swell into the bay from the Caribbean Sea, and it’s the sort of enforced calm that allows you to ponder what is important to you, and what doesn’t quite work out.

If I’m honest, the food shortages and the slow internet are both real struggles, much more so than the physical isolation or the lack of places to go. It’s the sort of thing that has me spending late nights on Amazon pantry, desperately trying to have food products shipped down here so I can feel like I’m cooking my food again (I learned that fish sauce is very difficult to ship because of re-exportation rules). I made one mistake: in trying to buy the ingredients I’ll need to make pad thai, I ordered the wrong kind of shrimp. 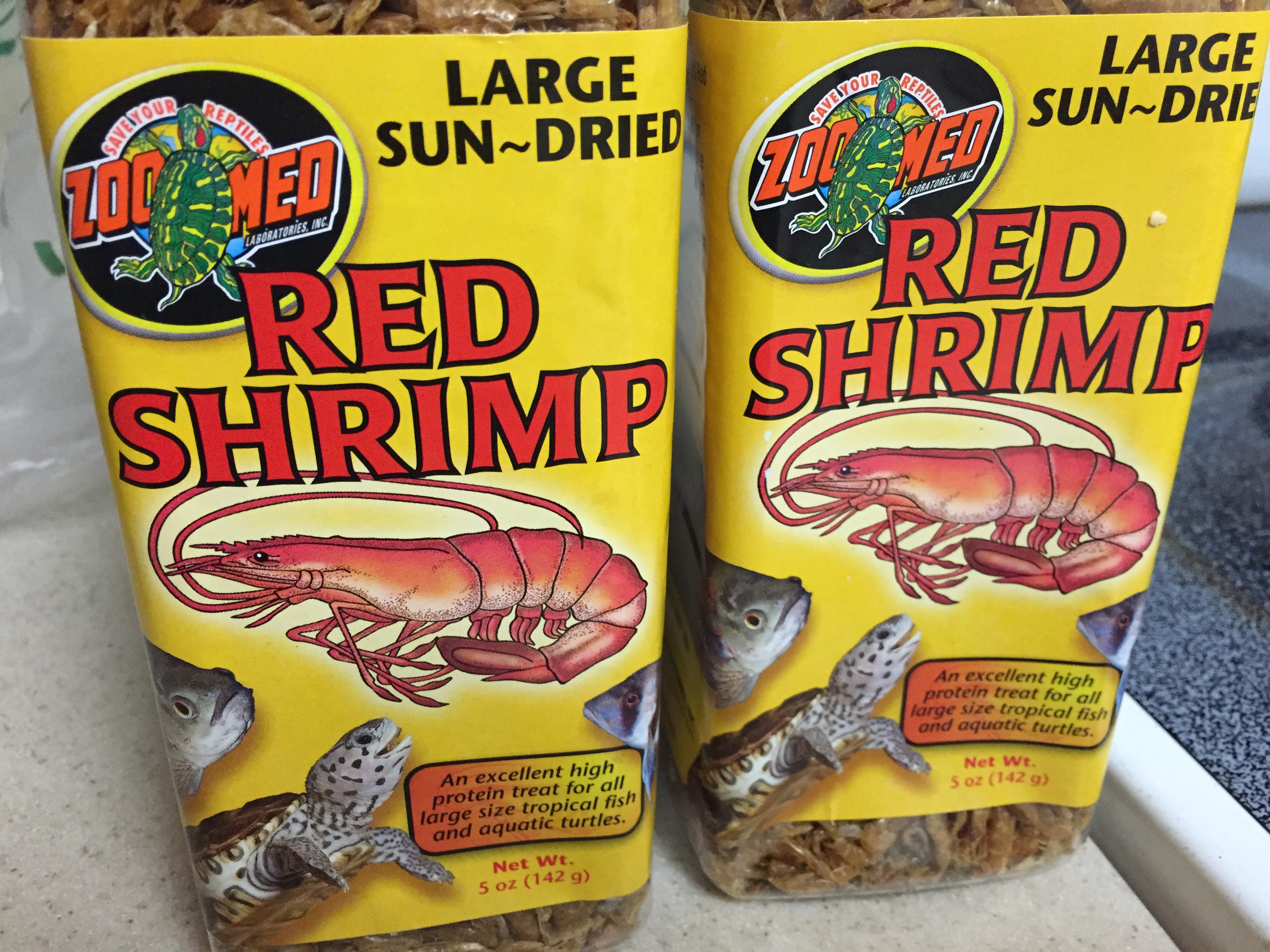 This is fish food, or turtle food I guess: not the yummy little dried shrimp you’re supposed to use in pad thai. Alas. The bright side is crab are abundant here, even on land. I found one living underneath my front porch.

So maybe there is an opportunity there: I could catch one and feed it tiny dried shrimp until it’s nice and big and clean of dirt and then eat it.

Anyway. Because Guantanamo Bay is an American base, there are winter-themed Christmas decorations everywhere (I’m often driving when I see them so I have no chance to snap a picture). It is very odd to be in a tropical not-paradise but at least environment, and see evergreen trees and neon snowmen all over the place. It’s like some Bacigalupi-esque climate dystopia.

But food food food, there is always food, even if it’s Gitmo and thus unpredictable in supply. 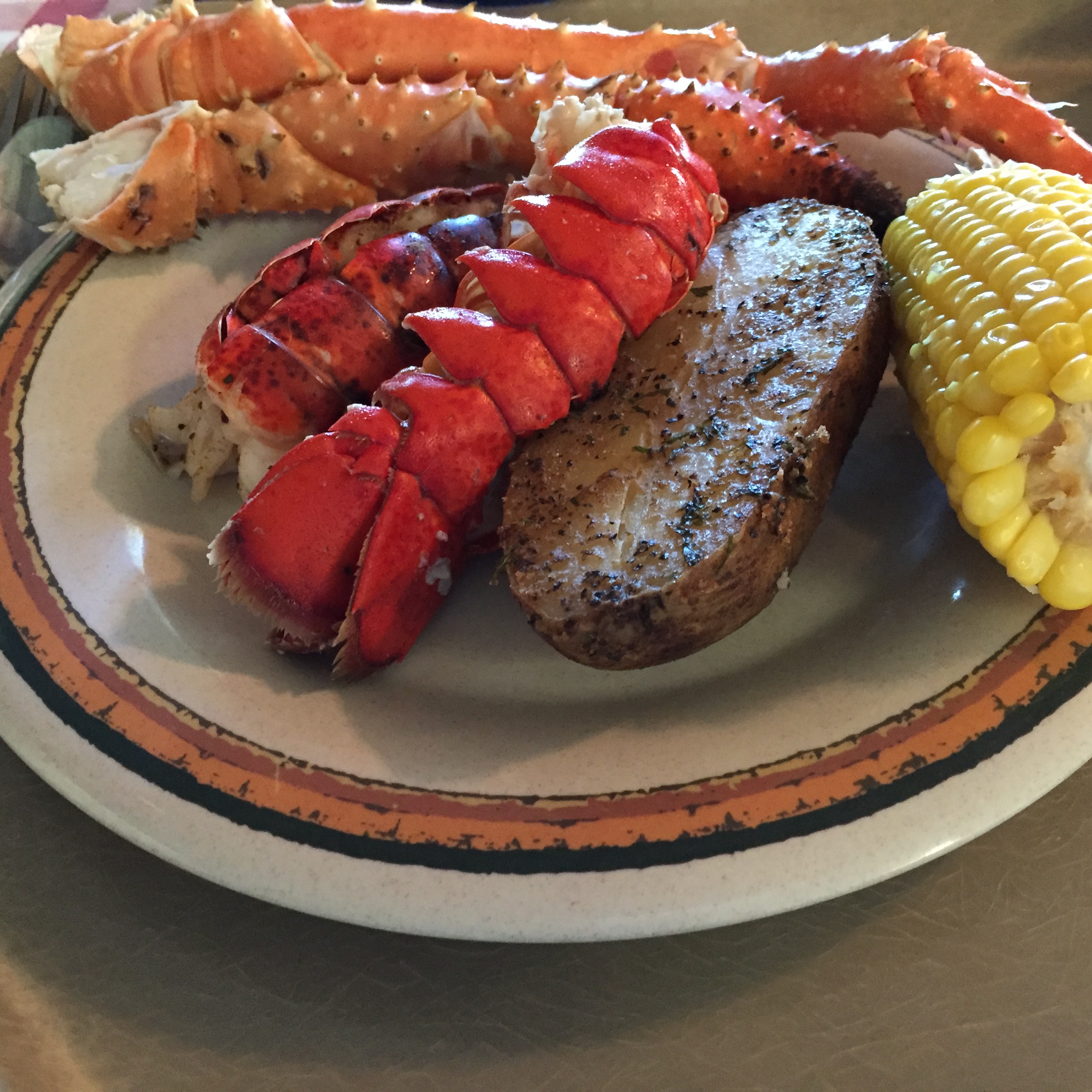 So the galley does its monthly steak and lobster run, only the steak is horribly overcooked and has far too much gristle. Still, the butter (oh the butter) and the crab legs and lobster tail certainly make up for much of that. Steak, even when made poorly, is a constant here, inescapable and thus a bit stressful if, like me, you happen to not normally eat huge amounts of read meat in your normal routine.

Beef is abundant at the grocery store, in fact it is the only fresh meat that is readily available apart from some boneless pork chops if you get there on the right day. So beef products are not just commonplace but de rigeur at most social events and gatherings. So why not get creative with it?

One of the neat things about deciding to just make things yourself if you don’t like what’s in the store is the result can be unexpectedly delicious. For example, I had always guessed that one reason corn tortillas always taste far more delicious on a food cart in Mexico City or Bogota than they do even in a nice restaurant in the states is because they were freshly made. But I had NO IDEA how good they are, fresh.

A tortilla press is a simple, cheap appliance that can make a normal taco night into something extraordinary and memorable. Even if you don’t quite press it as thinly as you might find in a bag of Mission rounds, the simplicity and satisfaction of pressing them yourself is really unbeatable. It is a simple ratio: two parts masa harina (i.e. finely ground corn meal soaked in lime, the alkaline mixture not the sour fruit) to one and one-half parts hot water, plus a half teaspoon of salt. Mix mix mix mix until it’s pliable and moist but not slimy, then pinch off two teaspoons and roll it into a ball. Lay a cut-open zip top bag on the open press, place the ball of masa dough in the middle, cover with the other half of the bag, and press down.

When the tortilla is pressed, cook it over a high heat, dry, in a cast iron or non-stick pan for about 80 seconds on each side, until it is very gently browned and smells delicious. Boom: tortillas. 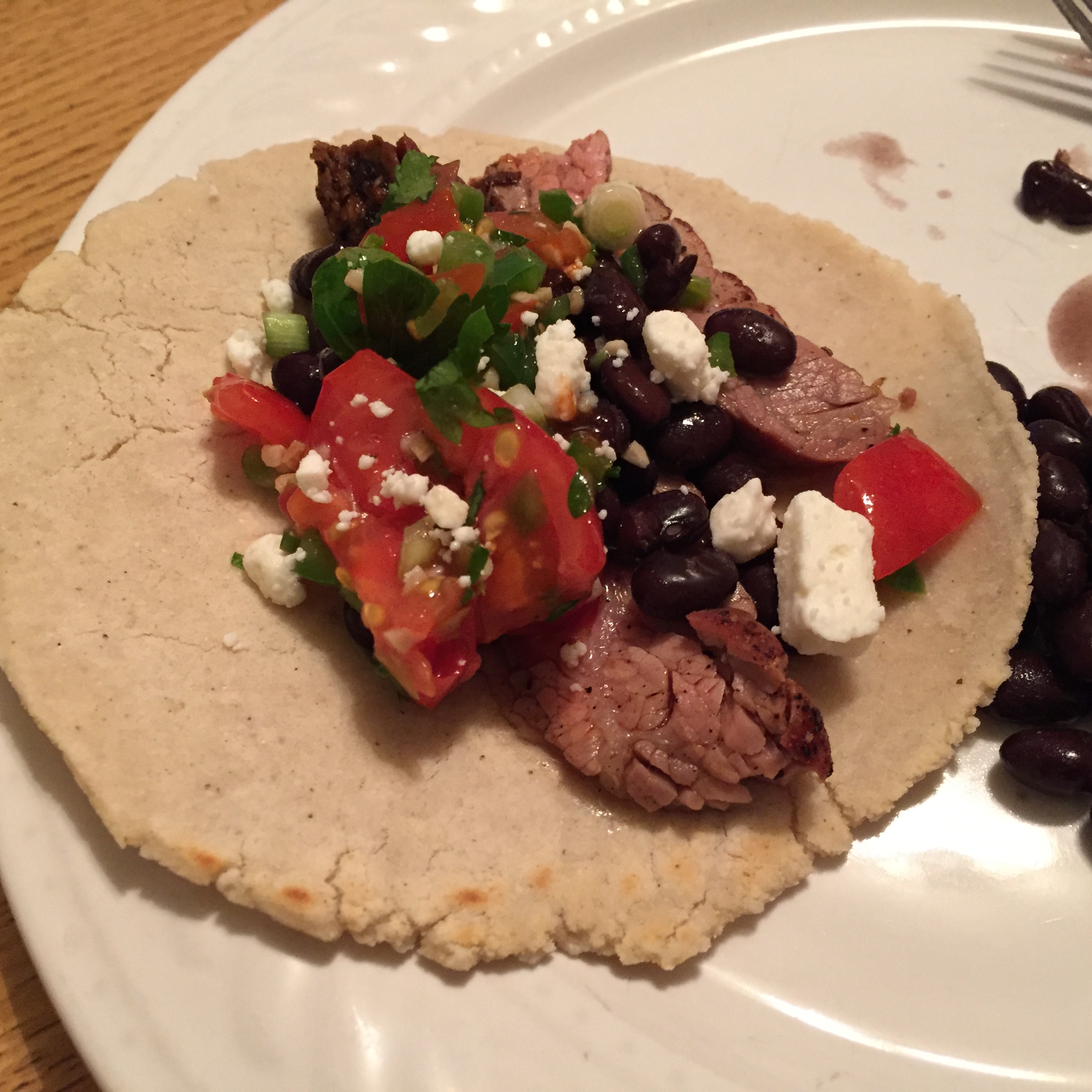 This means you’re this close to having fajitas. With some reheated canned black beans (simmered for a few minutes with maple and sage), some freshly made spicy pico de gallo, crumbled queso fresco (or, in my case, feta cheese, because that’s all we can get), and flank steak, you have a fabulous dinner in very little time. The flank steak is too simple: marinate it in a bag with citrus juice, olive oil, rosemary, salt and pepper, and garlic. Then sear it for about two to three minutes each side on a hot grill.

Eating like this is certainly not how I am used to encountering December; I’ve trained myself to expect far more wintry food. But living in the tropics, I guess you have to adopt. Something tells me I’m going to do just fine with this stuff on hand.