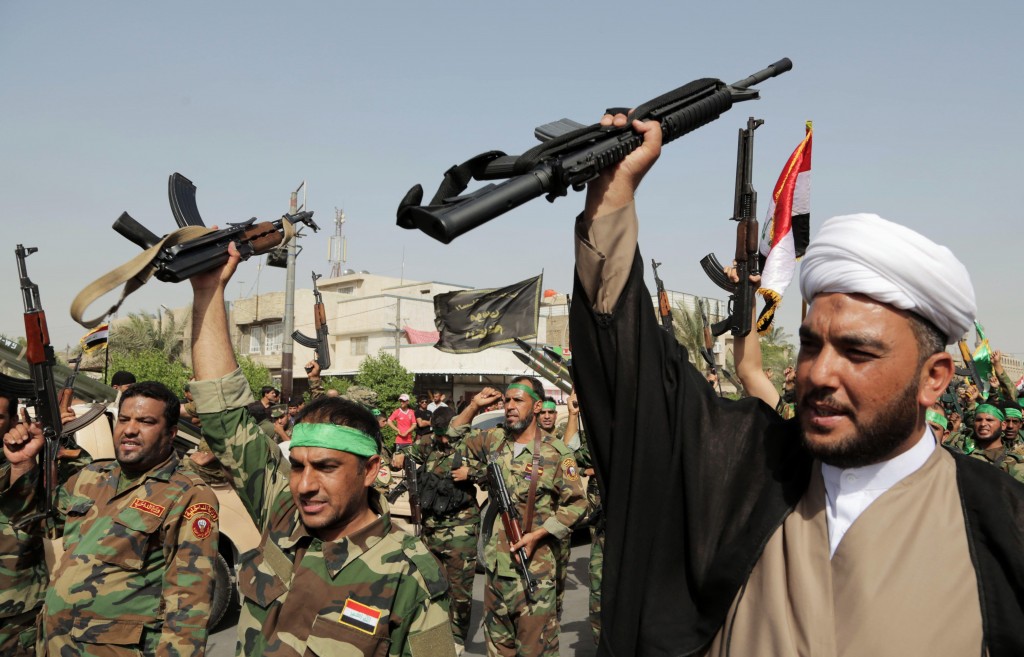 As unspeakable horrors continue to emerge from the areas controlled by ISIS, so too are the demands for the American government to “do something.” Though understandable, these demands actually represent a self-destructive impulse in punditry, and often lead to poor decision-making that results in disastrous consequences afterward.

The action bias is a phenomenon were people confront ambiguous or complex situations and assume that doing something is better than doing nothing, even if doing nothing is the best approach. It is a baseline, often unspoken assumption that drives the stereotypical DC op-ed: crisis x is bad, so therefore America must act! This driving assumption is such a shortcut for sound thinking that it is often found hand-in-hand with solutionism (the belief that complicated problems can have beneficial, simple solutions).

The action bias and solutionism are stalwarts of the public debate over Syria. In the prototypical DC op-ed I examined last year, you could find those two cognitive biases paired with false historicity, and a caught-in-the-moment sensation that essentially obscured the glaring weaknesses and shocking blitheness of demanding America bomb a country it barely understands.

Now, with the shocking videotaped murder of two American journalists in northern Iraq by Islamist militants, you can see all of these tendencies rearing their heads. This week, retired four-star General Anthony Zinni sharply criticized the Obama administration for his “dithering” on Iraq.

“My God, we are the most powerful nation in the world,” says Zinni, who was widely reported to have been passed over for the ambassadorship to Iraq in 2009 by Obama. “This is a moment we have to act. How many Americans getting their throats cut on TV can we stand?” a reference to journalists James Foley and Florida native Steven Sotloff, both beheaded by IS.

Zinni, on tour promoting his latest book, “Before The First Shots Are Fired”, says he would put as many as 10,000 U.S. troops in Iraq, that the U.S. should hit IS targets in Syria and that he would support the use of special operations forces or CIA operatives on the ground there to get detailed intelligence needed to locate those targets if necessary.

“This is a moment we have to act.” To date, the U.S. government has carried out over 100 air strikes on ISIS positions in Iraq, has deployed almost a thousand troops to Iraq already, has been funneling billions of dollars of money and weapons and training to the Kurdish Peshmerga militia and the Iraqi government and some Syrian rebel groups. Despite General Zinni’s complaint that he’d do more, it is dishonest to say the Obama administration has done nothing — and in the case of putting specialized teams on the ground to locate targets and even strike at specific targets it is just inaccurate, too.

That is to say nothing of the blinkered politics of sending an entire division of soldiers (which is what those 10,000 troops would represent) to Iraq. The action bias (“we have to act”) ends up shutting down any talk of ends (what do we want those soldiers to accomplish), ways (the methods by which those soldiers will do it), or means (the resources we are willing to deploy to enable them to do it). By ignoring all of the many details must be worked out before such a large commitment of military forces, Zinni chose instead to pout that the White House just needs to do something.

The military is fond of talking about strategy, but rarely enjoys actually doing strategy.

Pundits, too. Think tankers and columnists demanding action seem blithely unaware of the serious costs that accompany American meddling, along with a quasi-religious belief in the inherent ability of the U.S. military to accomplish all things. There are never costs, never downsides, and certainly never longterm consequences — only immediate problems for which the only solution is more bombs.

You can see the clearest distillation of this in Shadi Hamid’s recent piece for the New York Times’ Room for Debate blog, where he bemoans Obama’s “lack of faith” in American power. (Ignore the weird Darth Vader-esque tones of that choice of words for the moment.) (Ignore, too, Hamid’s early signposting that what he was doing is tiresome.)

Obama, far from the prudent technocrat some assume him to be, is a believer in the limits not just of American power (which would be understandable) but American agency, colored by a lack of faith in America’s ability to play a constructive role where religious and ethnic divides are paramount.

Hamid presents this as a bad thing, as if not assuming American military force was an easy button for difficult crisis was a failure, rather than a virtue. The thing is, American military power has often played a malign role in civil conflicts that involve religious and ethnic divisions — from Bosnia (where success is almost certainly not due to the application of bombs, but rather tedious and long-term diplomatic efforts), to Iraq the second time around, to Afghanistan. Put simply, the U.S. military should be the last thing used to intervene in sectarian or ethnic conflicts. Certainly not the first.

But it goes deeper than that. Hamid’s logic is backward: he assumes intervention would have led to a better outcome than non-intervention has. It is the embodiment of the action bias — action is better than inaction, even if it can never be proven. Hamid is angry Obama has said there is no strategy for countering ISIS, even though there really cannot be. Hamid’s preferred goal, bombing and maybe sending in conventional troops (he is coy about whether he really wants a full invasion or not), will not resolve conflict in Syria and Iraq. It will not ease tensions, delegitimize ISIS, destroy the Assad regime, force the Maliki government into rational behavior, end Iranian influence, elevate less militarist rebel groups, marginalize al Qaeda, restore the Sykes-Picot borders, or lead to a lasting diplomatic or political solution.

It is just militarism — an eternal virtue in American punditry, never a vice (in this case, paired to a relentless tautology of force that is logically and rhetorically unassailable through its sheer vagueness).

The action bias is everywhere, even when it’s unfair: in 2011, the most common complaint about Obama, especially from the Left, was that he was too militarist thanks to an extensive campaign of drone strikes in Pakistan, Yemen, and Libya that killed thousands of people. Even so, the president is accused of dithering by ostensible experts in diplomacy who are angry he doesn’t drop more bombs.

Iraq, Syria, and ISIS are incredibly complicated problems with no clear answers. Pretending otherwise is just affect and polemic, not serious thinking. Yet that is what passes for far too much discussion about what the U.S. can possibly do to improve the situation.

And that’s a real loss. The lack of strategy underpinning foreign policy thinking is decades old at this point, and seems to be getting worse. Understanding ISIS in the context of other hyper-violent rebel movements is almost entirely missing. Instead, blind militarism, the urgent demand to do something — anything — has dominated the debate. We are left with less understanding of the conflict in Iraq and Syria, not more understanding, and petty recriminations instead of strategic thinking.

The paucity of our national debate harms us. It obscures sound thinking and encourages senseless violence with no clear aim or end state. We shouldn’t be surprised our leaders have no strategy and demonstrate such faulty thinking when this is what is available to them.