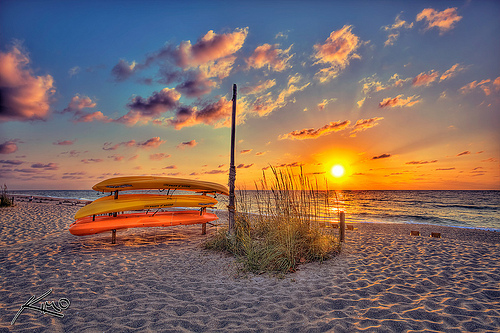 Foreign Policy blogger Rosa Brooks wrote a rather head-scratching column last week, in which she called for pessimism about the future.

I shared some of these thoughts with my colleagues. Shouldn’t we, I suggested, stop kidding ourselves about “finding solutions” to the challenges posed by technologies that evolve faster than our brains? Shouldn’t we instead recognize that historically speaking, humans really suck at managing rapid technological and social change (c.f., the Thirty Years War, World Wars I and II, and so on), and recognize that developments that reinforce human dignity are often preceded by really crappy periods in which millions suffer and die? Shouldn’t we just accept that the technological and economic changes to come will likely cause massive and painful dislocation, perhaps similar in order to the above-mentioned catastrophes? Shouldn’t we abandon quixotic projects geared towards “finding solutions” and instead focus on simple risk mitigation — on trying to find ways to keep things from becoming as catastrophic as they may potentially become?

She goes on to, eventually, reference intelligent robots, Jews in Europe, Jared Diamond’s observations about trees falling, Steven Pinker, and basically a long list of books and stuff.

I was thinking about the Singularity, and whether law professors will become obsolete before I reach retirement age (Magic Eight Ball says: “Signs point to yes.”), and the prospect that we will all soon be enslaved by intelligent toasters.

This sounds like an almost Star Trek-like future: post-money, post-labor, and so on. To a degree, Brooks is right: we are most likely heading for a period of almost painful readjustment, and we’ll be better off if we try to plan for it rather than fervently wishing it won’t come true.

But Brooks was so focused on what amounts to science fiction that she missed the far bigger problems staring us in the face.

Long before robots replace law professors, we’re going to run into a rather fundamental clash between banks and the state: namely, between the demands of Big Finance and the need for governments to protect the rights of their citizens. This is not a crisis that is based on machine learning, or on robotics, or even on anthropogenic climate change. It is stress built into institutions developed 60 years ago, played out to their penultimate extreme.

There are other disasters approaching us: most built into the fabric of our society, rather than growing in some university research lab (listing them is fun but not really constructive for this argument). The point being, we have already engineered our own catastrophe — and it probably won’t come from the technology Brooks seems to find so nauseous.

About seven years ago, the Canadian geographer Thomas Homer Dixon published The Upside of Down, which was an historical look at how societies are actually renewed and invigorated by crisis or even collapse. Unlike Jared Diamond’s habit of appealing to hunter-gatherer societies for his insight into post-industrial mega-cities (or whatever), Dixon looked at ancient, complex societies to see how they responded to sudden catastrophic change.

And guess what? If society sees collapse coming, it can take smaller, early forms of collapse and use them to reform itself. If the country’s financial capital gets battered and shut down by a climate change-induced megastorm, causing $60 billion in damage, that’s an early warning that you need to start adapting now.

Likewise, if society sees financial collapse approaching — with some communities coping by opting out of the money system entirely — that’s an early warning that you need to start changing the system to avoid catastrophic failure now, rather than post-collapse.

So while Rosa Brooks is kinda sorta right about how Big Change also results in Misery, she’s wrong that we should just be ready to accept it. Big Change can also result in Big Good, especially if we look at the early warning signs around us as opportunities for constructive change rather than klaxons of impending doom. It just takes a little bit of vision… and a hearty dose of perspective.