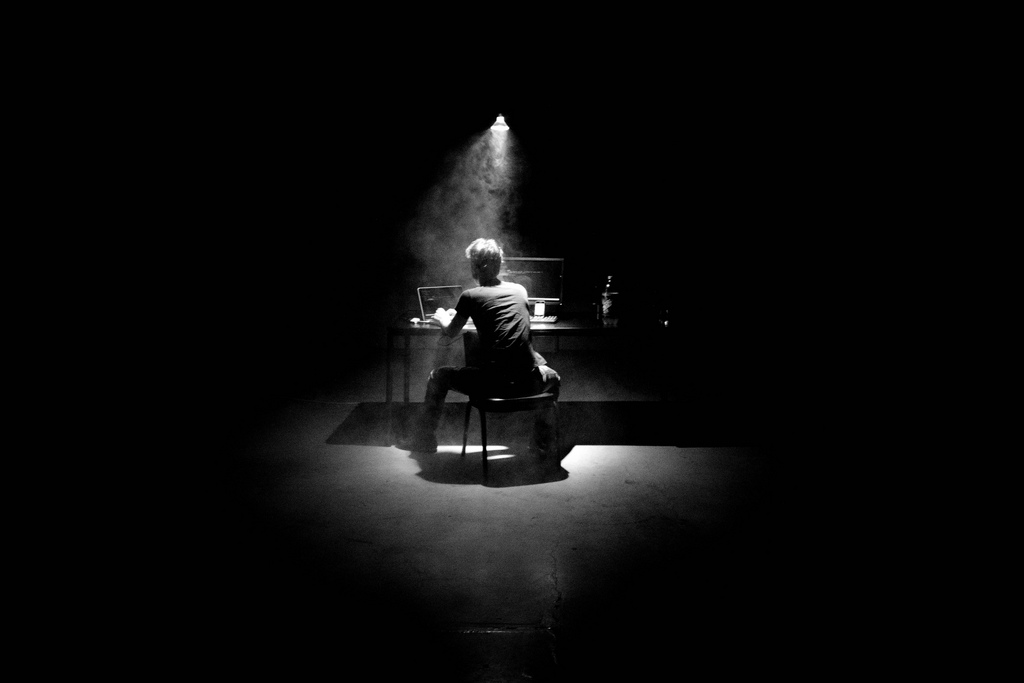 Evgeny Morozov has what can only be called another Morozovian review of some high-minded utopia book in the New Republic. This time, rather than turning his attention on the intellectual scourge of Parag Khanna’s TED Talk, he turns his attention to something a bit more familiar to all of us: Google. Specifically, Morozov reviews the new book by Google CEO Eric Schmidt and Google Ideas Director Jared Cohen. In the review, Morozov pulls on the same thread that animated much of his takedown of Parag Khanna: hating futurism. It’s a good skill we should all be developing and honing.

In the simplicity of its composition, Schmidt and Cohen’s book has a strongly formulaic—perhaps I should say algorithmic—character. The algorithm, or thought process, goes like this. First, pick a non-controversial statement about something that matters in the real world—the kind of stuff that keeps members of the Council on Foreign Relations awake at their luncheons. Second, append to it the word “virtual” in order to make it look more daring and cutting edge. (If “virtual” gets tiresome, you can alternate it with “digital.”) Third, make a wild speculation—ideally something that is completely disconnected from what is already known today. Schmidt and Cohen’s allegedly unprecedented new reality, in other words, remains entirely parasitic on, and derivative of, the old reality.

It’s too easy to dismiss this as just a whingy crank. Morozov is touching on something deeply serious here. The people we, the public, trust to bring insight and foresight to the world often do nothing of the sort. The formula Morozov notes (take the present, assign it buzzy adjectives, then draw it out to an extreme) is precisely how the futurist industry thrives. Last year, I wrote about this same concept affecting the intelligence community’s efforts to plan for the future:

The NIC is hardly the only group that publishes studies about future trends. There is an entire industry devoted to futures studies: their acolytes, called futurists, give PowerPoint presentations and write books about how the world will change in the future. I used to work for one: Alvin Toffler, who wrote a groundbreaking book in 1970 called Future Shock. His book, four decades after the fact, remains a fascinating artifact: his description of “information overload” (a term he invented) rings especially true in an age of Twitter and Facebook, but his description of cities running out of oxygen, and disposable clothing made of paper, sounds a bit silly.

Futures studies work best when they’re vague and build upon current trends to their logical (and often extreme) conclusion. Along the way, they usually play into their intended audience’s hopes and fears: economic collapse, infinite growth for the middle class, Malthusian predictions of food crashes, and a belief in the fundamental know-ability of what is to come.

At the same time, any specific prediction in these texts will almost invariably be wrong.

This tendency to only derive from the present is incredibly shortsighted, even limiting. Morozov, too, found much to think about in the Toffler’s work — he even added a section picking apart their work when talking about Khanna.

Khanna and his wife fashion themselves as successors to Alvin and Heidi Toffler, an earlier fast-talking tech-addled couple who thrived on selling cookie-cutter visions of the future one paperback, slogan, and consulting gig at a time. Today the Tofflers are best-known for inspiring some of Newt Gingrich’s most outlandish ideas as well as for popularizing the term “information overload”—a phenomenon which, as numerous scholars have shown, was hardly specific to 1970 (which is when Alvin Toffler mentioned it in Future Shock) and is probably as old as books themselves. To embrace the Tofflers as intellectual role models is to make a damning admission: that one is far more interested in inventing half-clever buzzwords than in trying to understand the messy reality that those buzzwords purport to describe.

That “messy reality” is what has catapulted people like Nassem Taleb to fame — the guy who wrote about black swans and randomness. By suggesting people expect surprise, and rather than try to predict precise outcomes plan for probabilities and flexibility, Taleb actually came closer than Cohen/Schmidt or Khanna to actually presenting a vision of the future that isn’t reliant on any specific technology, but rather begs people to try to accept that life is sometimes unpredictable and the best we can do is try to adapt to whatever comes our way.

So what is this “messy reality” Schmidt and Cohen can’t really describe? In a recent BBC article, Jaron Lanier, an old school techie who practically invented Virtual Reality, tried to treat it seriously:

How could it be that so far the network age seems to be a time of endless austerity, jobless recoveries, loss of social mobility, and intense wealth concentration in markets that are anaemic overall?

The medicine of our time is purported to be open information. The medicine comes in many bottles: open software, free online education, European pirate parties, Wikileaks, social media, and endless variations of the above.

The principle of making information free seems, at first glance, to spread the power of information out of elite bubbles to benefit everyone.

Unfortunately, although no one realised it beforehand, the medicine turns out to be poison.

Lanier is putting his finger on the dark underbelly of the digital age: not even when dictatorships use technology to repress (the idea that launched Morozov to fame), but rather how technology, by its very nature, creates inequality.

Of course, Lanier doesn’t have an answer. His idea – “sell your data” – only gets us part of the way there. Lanier correctly notes that the financial industry, governments, and tech firms thrive not on open data, but on expensive proprietary data (even Google, which claims to love openness so much, has a vast, private trove of your information it sells to advertisers). But his vision of selling data that is already freely out there to large data centers doesn’t make any sense.  The reason those systems are already thriving is because the cat is long out of the bag.

I still remember, nine years ago, getting one of my last physical issues of Reason Magazine (I unsubscribed after they endorsed recreational heroin use) in the mail with my name and a satellite photo of my house circled in red on the cover. It was an incredible, eye-opening feat: all 40,000 subscribers to their magazine got personalized covers. They did this by trolling through open databases to connect the subscriber information they had from me (which wasn’t much: name and address plus payment information) to public databases. Then they printed customized copies of the magazine for their subscribers, made a big stink about privacy (that was appropriate), and basically blew everyone away.

Lanier doesn’t explain how we can pull back from that. I’m pretty sure, even though I’ve not given them a penny for almost nine years, that Reason still “rents” out my mailing information to a list of advertisers. That information is public, and I can’t do anything about it. “In a world of free information,” Lanier writes, “The economy will start to shrink as automation rises radically. This is because in an ultra-automated economy, there won’t be much to trade other than information.”

It’s a bit late for that. The middle class has already begun to shrink, from both automation and from the torrent of free information about the public, monetized into the financial industry for the benefit of a few thousand traders on Wall Street (along with, let us not forget, incredibly abusive labor practices and banking systems). While it’s nice to think that monetizing one’s own information could create a new techno-middle class, the reality is that this is the same sort of high-minded digital utopianism that animates Schmidt and Cohen.

So where do we go from here? The post-employment economy is a scary and dangerous place — I’m learning this the longer I exist in the workforce as a free agent, not necessarily employed per se but also not without income. There are huge pitfalls (taxes can approach 45% for the first $50k of income) and uncertainties (who’s going to hire you for a project next), and it’s difficult to plan much for the long term. Yet, our society, economy, and even politics are based on the long term in their own ways. That is what a mortgage, IRA, pension plan, healthcare, and everything else we associate with adulthood is focused on — and it’s what animates the most vicious knife fights in Washington.

The scary, uncomfortable answer is that we really don’t have a solid idea of where to go from here. Wealthy people whose employers cover their healthcare, half their taxes, and provide a pension glibly suggest that young people simply “invent your own job” as if it’s that simple. The tech people, who were supposed to create the future, instead suggest reverting to a time that never existed (Lanier’s vision where we could “sell” our personal data for a profit) or a one-to-one recreation of our analog world online (Schmidt and Cohen).

The future is going to be marked by stable employment for the elite, and unstable employment for everyone else. Young people today will face more or less permanent underemployment, working far below their skills and capabilities. Poor and middle income people will face much the same. It leads to misleading jobs numbers (after all, being underemployed still gets one counted as “employed” by the BLS), and a false sense of prosperity as the 1% thrives from jobless profits.

Yet, rather than asking “how can we adjust our institutions to minimize the negative effects of unstable employment,” our thinkers are slinging around terms (“virtual” “digital” “monetize”) that were cutting edge in the early 90s, when Sandra Bullock blew everyone’s mind by ordering a pizza from her computer, than anything relevant to today. If we are going to create an economy of self employment — which is to say an economy of mass uncertainty — then we need to simplify things like the tax code, healthcare, and retirement (if that will even be a relevant term two decades from now). But instead of asking to simplify institutions and thus expand their capacity to adapt and help, we’re talking in nonsense circles about internet things.

This is why those grand visions of the future never take off outside Silicon Valley business conventions. The age of technoutopianism is long gone, but the techs haven’t yet figured it out. And worse still, they are not using their position of influence and incredible power in our society to push us where we need to be. The future sucks, and we can’t avoid it.